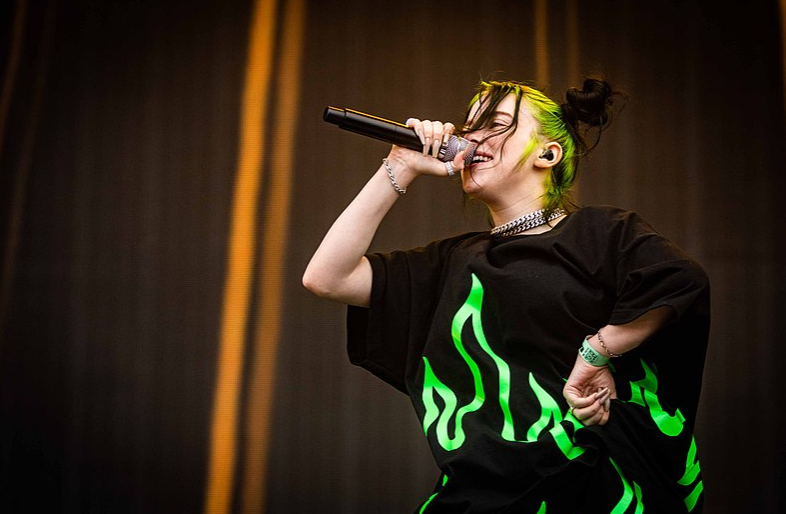 Billie Eilish who stole the show at the 2020 Grammys winning the big 4 awards.Photo courtesy of: WIki Commons

The 62nd annual Grammys took place on January 26th. The event was hosted by Alicia Keys in the Staples Center located in Los Angeles, CA.

The Grammys were completely overshadowed by the news of the passing of NBA star, Kobe Bryant, earlier that day. The ratings of the event dropped to an all-time low only gathering 18.7 million, which was a drop of 6% from the previous year and a drop of 53% from 2012.

“I usually love the Grammys, but on Sunday it was hard to really get excited about anything given the circumstances,” said David Cardenas (11).

“Can I just say that Ariana [Grande] deserves this. Thank U, Next got me through some [redacted] and I think it deserves more than anything in the world. I love you,” said Billie Eilish during her acceptance speech.

Some other big pop awards to name off are the Best Solo Pop Performance that went to Lizzo for “Truth Hurts”, Best Pop Duo/Group Performance going to Lil Nas X and Billy Ray Cyrus for “Old Town Road”, and Best Pop Vocal Album going to Billie Eilish. Tyler, The Creator performed at the Grammys and social media had mixed reviews to Tyler’s performance. Tyler dreamed of getting a Grammy one day.

Some notable rap awards that were awarded during the Grammys are the Best Rap Performance going to Nipsey Hussle ft. Roddy Ricch and Hit-Boy for “Racks In The Middle”, Best Rap Song going to J.Cole and 21 Savage for “A Lot” and the Best Rap Album went to Tyler, The Creator for his album Igor. Rappers planned to honor Los Angeles legend Nipsey Hussle at the Grammys, this being the first Grammys since the rapper’s passing.

“We’re doing a tribute for Nipsey Hussle, and we’re also going to pay homage and love to Kobe Bryant, and his daughter Gianna. The news is devastating. It’s hard to even…talk about it, and celebrate, but what we’re going to do is uplift the spirit,” said DJ Khaled.

The Grammys were riddled with homages to the late NBA star Kobe Bryant. Alicia Keys started the show by addressing the unfortunate news and talking about Kobe.