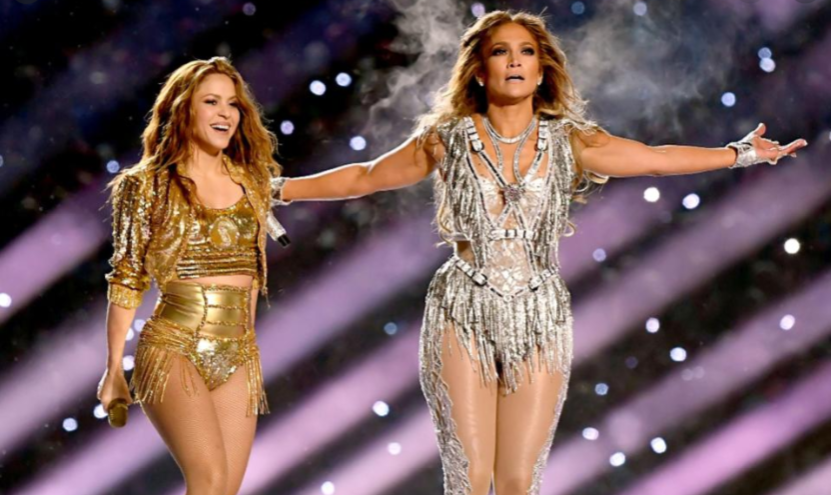 Some people watch the Super Bowl for the football, some for the commercials, and some watch it for the halftime show. The halftime show is almost always a hit among social media inspiring many memes and memorable memories.

The show this year was a huge hit among Latinos because of two Latinas who received overwhelming support for the job that they did at the show. Shakira and Jennifer Lopez were widely regarded as the main attraction at the halftime show.

“So excited to share the stage with you tonight Shakira! Let’s show the world what two little Latin girls can do,” tweeted Jennifer Lopez.

“I didn’t really even notice J Balvin and Bad Bunny. They were truly overshadowed by the great performance put on by Shakira and J Lo,” said Jose Mendoza (10).

The halftime show was not without its controversies however, many people said that the outfits Shakira and Lopez were wearing were too racy. Others argued that Adam Levine who performed at the 2019 halftime show was shirtless and that nobody had an issue with it.

“Thank you, Jennifer Lopez, for a night that shows how much Latinos have to offer,” tweeted Shakira.

Shakira wore an outfit that resembled that of the character who she voiced in the hit movie Zootopia. J.Lo wore a big coat that when opened revealed the Puerto Rican flag on the inside giving homage to her home island.

“Amazing! She absolutely crushed it! Wow, that was so fun! I’m so proud of you, Jen,” tweeted former MLB star and Jennifer Lopez’s boyfriend, Alex Rodriguez.

J.Lo’s daughter, Emme also got a chance to star on the big stage she was able to perform after her mom. Emme, 11, is the daughter of J.Lo and pop star, Marc Anthony.

“Can we talk about how amazing J Lo’s daughter Emme sang and on such a huge stage like the Super Bowl,” tweeted Kim Kardashian.