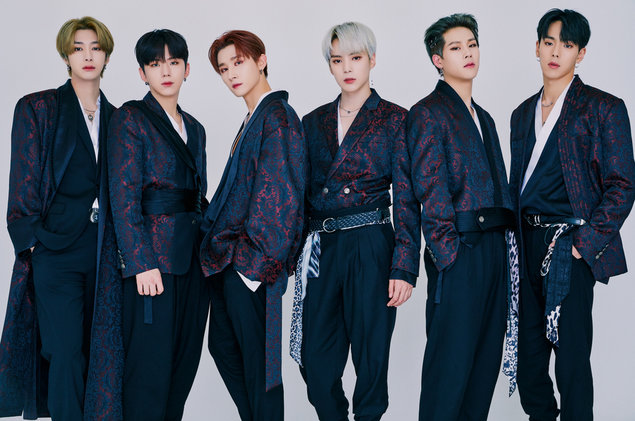 Monsta X concept photo for their released song, “MIDDLE OF THE NIGHT’’. Photo courtesy of: Billboard

During the month of February, many K-pop groups will have comebacks. Among these groups, there will be debuts from a variety of girl groups and boy groups.

The girl group officially came back on February 19th. They have released their first mini-album, reminiscence, consisting of four songs: “Salute,” “No Lie,” “Player,” which leaves “DUN DUN” as their official title track. They will promote the song and go on their tour, Everlasting Tour.

LOONA made a comeback on February 5, 2020, with a new mini-album titled #. The agency, Blockberry Creative, confirmed that the producer Lee Soo Man has participated in their upcoming album. Lee Soo Man is the founder of SM Entertainment, which manages popular groups such as Red Velvet, NCT, Super Junior, EXO. He became interested in them after he watched their dance covers. The group’s mini-album consists of 6 songs: “#,” “So What,” “Number 1,” “Oh (Yes I Am),” “Ding Ding Dong,” and “365.” Their title track is “So What” and they will be promoting it.

Monsta X, the K-pop boy group, is making a comeback for February 14. Their upcoming album is titled ALL ABOUT LUV and has already released 5 songs which will be included in the album starting with:

“WHO DO YOU LOVE?” (featuring French Montana)
“LOVE U”
“SOMEONE’S SOMEONE”
“MIDDLE OF THE NIGHT”

BTS is releasing their 4th full album titled 7. The album will be released on February 21st. They have already released both a comeback outro and interlude for the album. The Bangtan Boys released the interlude titled, “Shadow” on January 10, 2020, and released a new song titled “Outro: Ego.” Both these songs will be on the new album.

As known, lots of K-pop groups are making a comeback during the month of February 2020, fortunately, the month goes by very fast so all fandoms are extremely excited for the new albums coming soon.