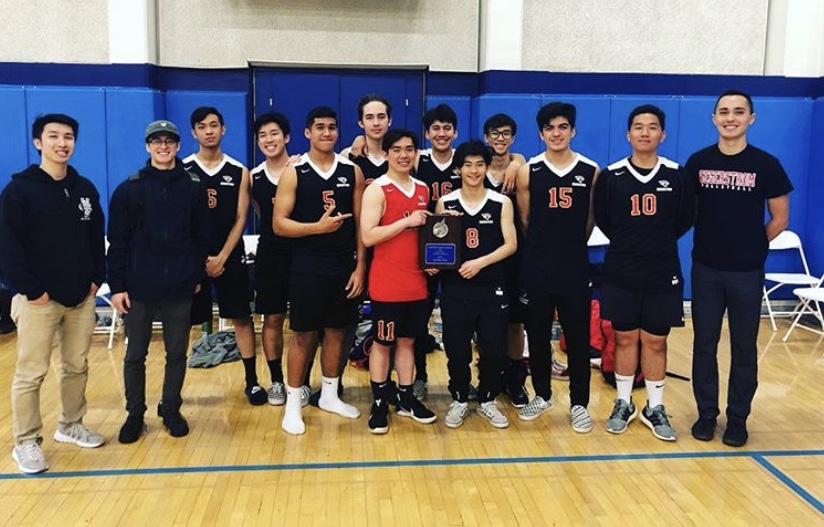 Picture of the Varsity team from the 2018-2019 season after a victorious tournament. Photo courtesy of: Instagram

With the start of the 2019-2020 spring season, boys volleyball enters the new term with fresh faces and a better preseason experience.  Head coach John Caroompas along with Captains David Carrazco and Andy Gonzalez hope to overcome their 5-5 record from the 2019-2020 league season and enter CIF for the first time in over 5 years.

The coming of a new season always means preseason, the boys have two upcoming home games at the beginning of march along with multiple away tournaments to better prepare them for league.  On March 3rd and 5th, they’ll be playing Orange High School and La Quinta High School. The last time they played Orange they took home a win with a victory score of 3-2. La Quinta and Segerstrom have yet to meet, but La Quinta currently holds a 3 game win streak and is undefeated so far in their preseason.

“I hope to develop skills for awareness and being more aggressive on getting kills on the court,” said Kevin Avila (11).

After improving their record from previous years, the team now sees they have the talent to take the league championship this year but must make adjustments to have a change.  Being able to have better focus and the mentality to finish every play aggressively would give this year’s unit the ability to crush any opponent.

“I’m expecting to win league with the new faces in the team. They have the talent and skill to help us win league,” said Kevin Avila (11).

In previous years, the boys have struggled in league with barely scraping by with above a 3-7 record at the end of the Golden West League season. Last year took a completely different turn as they nearly reached a 6-4 record only to fall short against Garden Grove in their first meeting. With such success in the previous year, the team hopes to continue its successful improvements with the new faces and talented players who have recently joined their journey to a championship.

“The hope of making it to CIF with our new varsity team built with veterans and new players,” said Justin Tran (10).