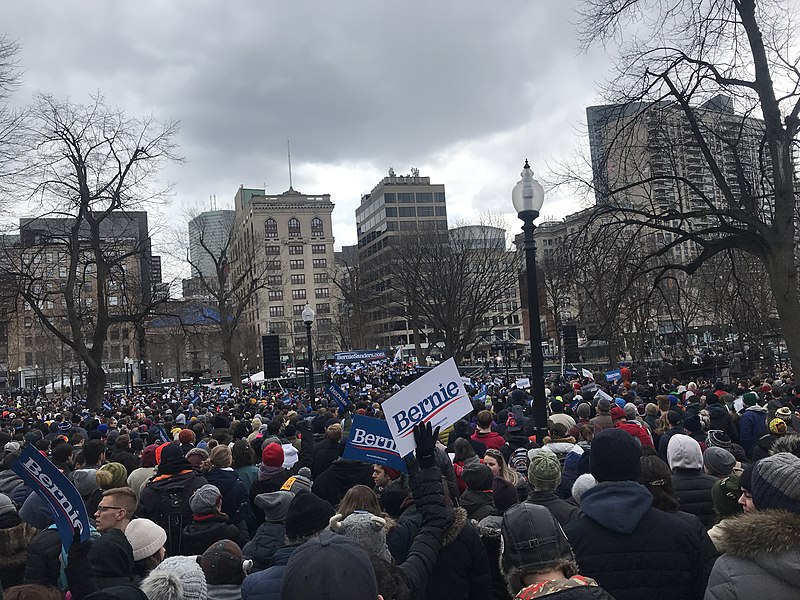 A rally for Bernie Sanders. Photo courtesy of: Wiki Commons

On March 3, 2020, this year’s Super Tuesday begins the final vote for who the Democratic and Republican candidates are for the 2020 presidential election.

Fourteen states, including the state of California, Virginia, Texas, etc., will all hold their presidential primaries on March 3. Out of the twelve Democrats that ran for presidency, only four remained in Super Tuesday, while the Republicans had six out of the nine still in the primary election.

Although there are still six Republicans still in the running, current president Donald Trump won all states in attendance, with his rivals not able to get any votes to make a difference.

Most of the focus on this year’s Super Tuesday are on the Democratic party, and who may win most of the fourteen states, and alongside it, a possible goal of having the most delegates that are needed to be considered the party’s presidential candidate for the 2020 election.

At the start of Super Tuesday, Bernie Sanders, Joe Biden, Elizabeth Warren, and Mike Bloomberg were the four remaining Democrats eager to be the party’s presidential candidate.

Yet, as time went on, and results of a poor showing occurred for Bloomberg and Warren, both dropped out of the race, leaving only Bernie Sanders and Joe Biden to have the chance of becoming president.

Donald Trump, acknowledging the drop out of both Bloomberg and Warren, says on Twitter, “Elizabeth ‘Pocahontas’ Warren, other than Mini Mike, was the loser of the night. She didn’t even come close to winning her home state of Massachusetts.” Another tweet shows him saying, “$700 million washed down the drain, and he got nothing for it but the nickname Mini Mike, and the complete destruction of his reputation.”

According to the Associated Press, Joe Biden has ten states, compared to Bernie Sanders with only four, yet there are still many delegates that have not voted for either Biden or Sanders as of yet, since it is currently still ongoing.