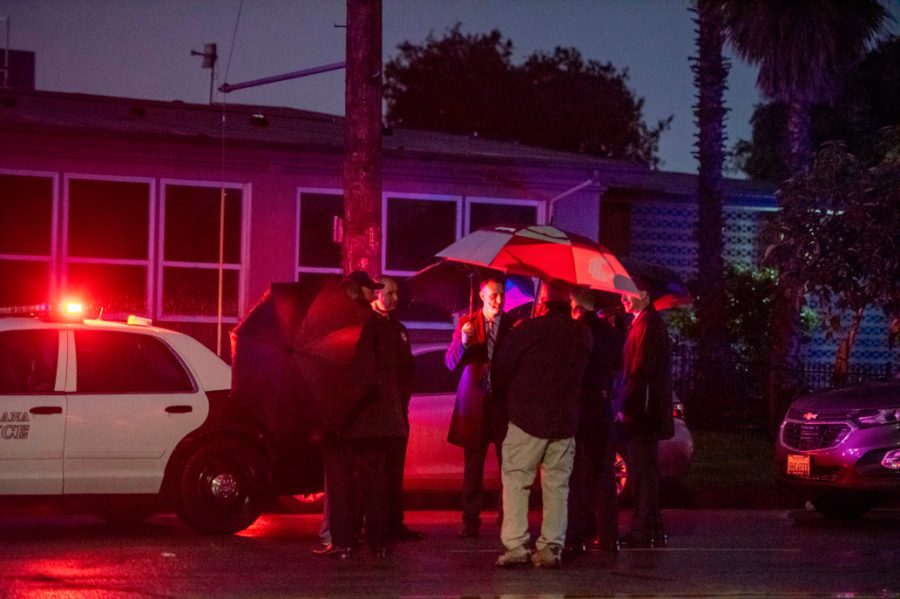 Detectives stand by the scene at Immaculate Heart of Mary Church in Santa Ana, California, where an armed man was shot by police. Photo Courtesy: Nypost

A man, in step with authorities, was shot and killed by Santa Ana police on Sunday afternoon after wielding a gun inside a church.

The man, who has not been identified but is believed to be a resident of Santa Ana, appeared in between Masses at Immaculate Heart of Mary Church on Center Street. At the time, there have been about 15 people there who were assumed to be members of the choir.

Officers older an unrelated report from Immaculate Heart of Mary in Santa Ana across the road, when a parishioner flagged down one who reported seeing an individual with a gun inside.

An officer went inside immediately and located the gunman along with his weapon in his hand at the altar. The officer fired at the gunman, shooting him, but he managed to struggle out his way — still holding the weapon — until he collapsed about 100 feet outside the church, he was pronounced dead.

The police do not think the person intended a “mass casualty attack” directed at the parish or Catholicism normally. Police Chief David Valentin told the OC Registry that “the guy was depressed and possibly suicidal over a family matter.”

Authorities initially received reports of a possible second gunman and shots fired — but officers didn’t locate the other suspects or evidence of another shooting.

Within the church, the officers were informed by people that had arrived at 5 p.m. Service, that the suspect may be with another suspect. Officers searched the church and a close-by school, but no other suspect had been identified by early Sunday evening or evidence of another shooting.