Made in Quarantine, Remotely 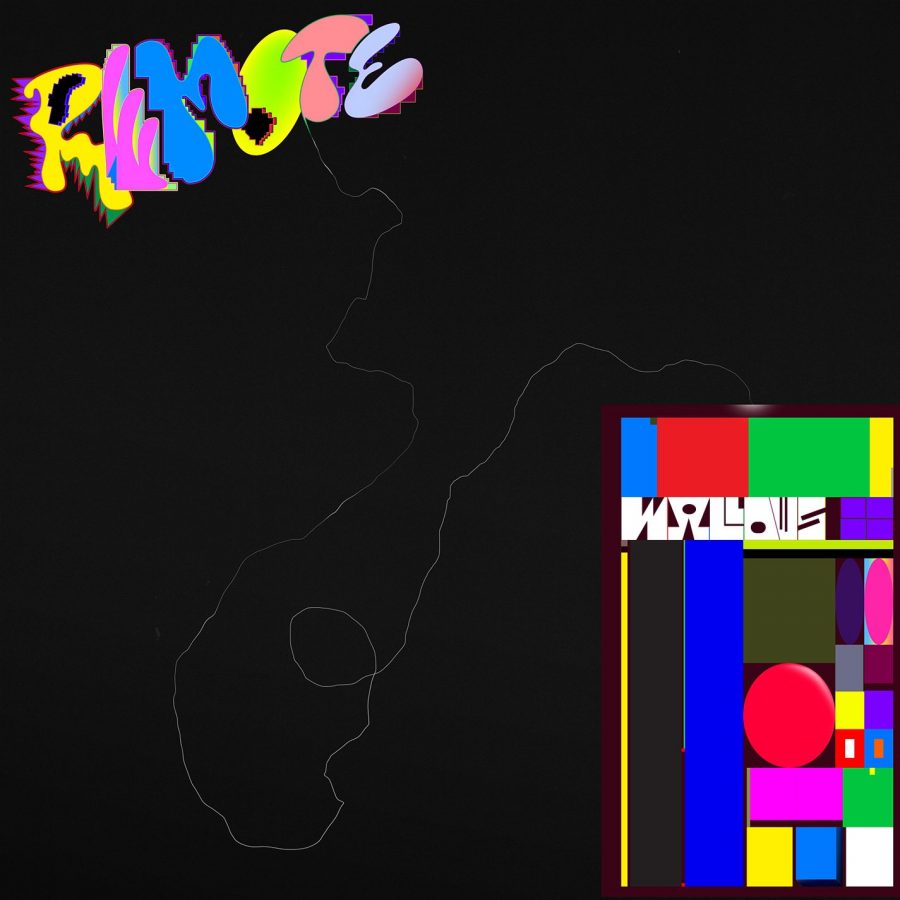 The album cover was designed by Nejc Prah, the picture is supposed to depict an abnormal remote. The colors are reminiscent of the bright, neon colors that were popular in the 80s. (Source: Wallows on Twitter, @wallowsmusic)

Wallows is an alternative band consisting of three members: Dylan Minnette, Braeden Lemasters, and Cole Preston. The band was first formed under different names but ultimately decided on their current name, Wallows. The group has released an EP, singles, and an album, Nothing Happens. On October 23rd, Wallows dropped their 2nd EP, Remote.

The EP consists of 6 songs in total and is about 17 minutes long. Remote was made during the pandemic and was intended to be made remotely as the title suggests. Minette and Lemasters had to send their recordings through voice memos to then be produced and mixed.

According to an interview conducted by People, the lyrics were inspired by Minette’s girlfriend and lead vocalist from The Regrettes, Lydia Night, while she was doing virtual exercise classes. The lyrics are fun and innocent, and they have a playful manner within them. When this song was first released as a lead single, I was obsessed with it and couldn’t get it out of my mind. The beat of the song is definitely catchy and has an addictive feel to it. The official lyric video to the song was what made me listen and learn the lyrics to the song. I loved seeing their personalities show in the video as they dance to the song, it was addictive for some reason and always made me smile.

Sung by (mostly) Lemasters, the lyrics give the idea that the audience should remain true to themselves as the first few opening lines, he says, “Turned into someone that you know you’re not/Pick up something for yourself that you like…” The song feels easy to sing along to because of the repeating words, which is something I personally love. In a Twitter Q&A (@wallowsmusic), Preston reveals that the song layers a lot of guitars. When Minette joins Lemasters after the chorus, their voices blend together perfectly as the drop in Minette’s voice ties it together.

Track #3: Nobody Gets Me (Like You)This single was supposed to be a part of a different vision but was ultimately added to Remote. This was the first single released from the project and, to me, it pretty much

gave a taste of the direction the EP was going. The ending of the song has this sound I can’t quite describe that just sounds so well added to it. It is an upbeat song inspired by “early 2000s pop-rock” and accompanied by a music video, the second in the three-part video series. The video was filmed during the pandemic, following CDC guidelines. The music video was weird but in a good way as it took inspiration from teen comedies. The audience sees Lemasters falling in love, at a party, with himself in a wig, depicting a girl. In the end, it is revealed that they live on a curly fry.

The song “Coastlines” talks about long-distance relationships and the things experienced in them (“I don’t wanna think about it/When we’re on different coastlines…”). I was excited about this song as I remember Minette kept tweeting about it and made the wait extra long yet worth it. This song exceeded my expectations, and I found the song to be something I enjoy. I love the deep voice Minette uses as it just fits perfectly with the instrumentals. The song was originally planned to be in their 2nd album, but they decided to incorporate it into the EP. When he sings the chorus, it’s as if the audience can feel the desperation of his when he’s trying to not think about their relationship problems.

The transition between “Coastlines” and this song is seamless and a good place to start the song off. And right off the bat, the song has sort of an upbeat and fast instrumental. The song starts  with the chorus, which to me, was surprising but I think that they made the right choice and it pays off as it makes it catchier. From what I interpreted in the lyrics, the song is about how it feels when someone you have feelings for is talking to you and all these emotions are being felt, almost as if you’re exploding and are out of breath. Preston and Minette agreed that the song was something different from any of their songs and couldn’t compare it to anything else. At the end of the song someone is asking how to change the station, which implies the other meaning of their EP title, an actual remote.

As soon as I heard this song, I knew that I was going to keep playing it, it would be on repeat. The chorus is the part that made me fall in love with the song, the way Minette sings it and pauses after each word makes it that much more exciting and memorable. The title of the song was randomly chosen by Lemasters from a book and they all went with it. In my mind, the way I picture it is the song would be best when played at night while driving. It just has this sad feeling to it that the other songs don’t seem to carry. I

Overall, I would recommend this EP to anyone who listens to alternative music as it does keep to that genre, but I believe that people who don’t usually listen to this type of music should listen to at least one song before coming to a decision. I have come to the conclusion that Remote is an amazing representation of Wallows and how their music sounds like or what to expect from them. However,I do also think that they experiment with their sound and put out what they think best suits them or what they genuinely want. Wallows is a band that people should be listening to and keep an eye out for them.