After the tragic loss of the beloved Alex Trebek, viewers are left wondering who will take his position as the new Jeopardy! host. 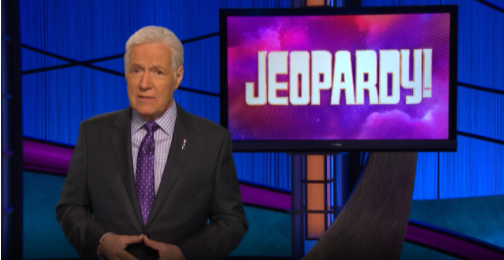 Alex Trebek opens up about cancer awareness and an update on his health status. Photo courtesy: Facebook.com

After the tragic loss of the beloved Alex Trebek, viewers are left wondering who will take his position as the new Jeopardy! host.

One of America’s most popular game shows, Jeopardy! is a classic trivia game created by Merv Griffin that has been played and watched by millions of people across the country. The game show was initially called What’s the Question? but was later on changed since “there [were] no jeopardies in the game,” according to NBC executives.

American actor Arthur Fleming hosted the show when it first aired in 1964 and was called The All-New Jeopardy! Unlike most shows, Jeopardy! gives their contestants the answer that would typically be asked and they would supply their response in the form of a question, “What is…?” or “Who is…?” and the tradition has stuck ever since. Fleming continued his career until 1975 when the show was first canceled, just twenty years prior to his death in 1995. Jeopardy! was later revived in 1984.

In March 2019, Trebek was diagnosed with stage 4 pancreatic cancer. Despite this, he continued to host Jeopardy! He exceeded his one-year survival rate, which CBS News reports is at a mere 18%.

“Now I would be lying if I said the journey had been an easy one. There were some good days, but a lot of not-so-good days. I joked with friends that the cancer won’t kill me; the chemo treatments will,” Trebek spoke in a Facebook video message a year later in March 2020.

Sadly, Trebek passed away peacefully last week on November 8, 2020, in Los Angeles at home surrounded by his loving family and friends at the age of 80. He knew his time was approaching but had always encouraged everyone to think positively and hold faith.

Ken Jennings, holder of the record for the longest winning streak of 74 on Jeopardy! says, “Alex wasn’t just the best ever at what he did. He was also a lovely and deep decent man, and I’m grateful for every minute I got to spend with him.”

Recently, there have been many suggestions for Trebek’s replacement. Jennings is only one of the various potential candidates, including LeVar Burton, Neil Degrasse Tyson, George Stephanopoulos, and others.

The idea of his passing was not a surprise to Trebek. He also had his own recommendation of who could replace him. He even suggested that a woman take his position as host.

“I joke with the audience all the time and I say, ‘Betty White,’ because they want somebody younger, somebody funnier,” he once said.”Betty and I have been friends for a long, long time.”

Even though Trebek has some of his own ideas, he also trusted that the producers of Jeopardy! would find the best person suited for the job. There are many contenders of pertinence for the popular game show, and the replacement may not be decided until the period of mourning for him and his family has passed. He was iconic to the show and will be greatly missed by everyone who had seen and met him.

Viewer Tommy Snow recently posted a short Google review on Jeopardy! saying, “Alex was so kind and fair with the contestants; you felt like you knew him personally. You could tell he was truly interested in the people on the show and that he had great respect for Ken Jennings, Brad Rutter, and all the rest… [m]ay Jeopardy! last as long as we do!”