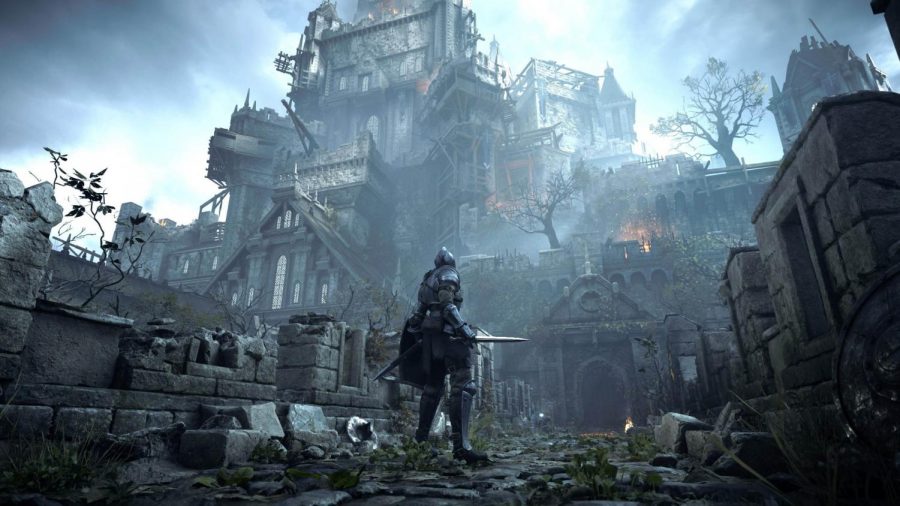 Demon Souls is the eleventh game of the Souls games series and a remake of the ps3 version that is also named Demon Souls. The Souls series’s first game was released in 2009 and that was the original Demon Souls. Demon Souls and the rest of the Souls games are a RPG action game. Many fans of the Souls games claim that these games tend to be very difficult and I can also vouch and say that they are very correct. The Souls games are also very hand-eye coordination dependent games especially in combat since every little move from the enemy must be avoided quickly. When people talk about the Souls games series many people tend to talk about the combat and how tedious it is and how every attack or dodge takes stamina and the range some enemies are ridiculously overpowered. Another thing the community usually talks about when talking about combat is how every attack the player makes should be well thought out by the player because every attack or dodge will leave you open for the enemy to attack.

When it comes to the story, Demon Souls is split up into 5 individual worlds with different levels. Each of these worlds has its challenges and rewards after they are completed. Each level has its unique challenge that might frustrate the player to the point where they might want to quit and that’s where the ability to just leave and try another world and level comes in handy. In other RPG action games, it might not let you leave until the level is completed but that’s not true with Demon Souls.

At the beginning of Demon Souls, you are met with a tutorial that helps newcomers understand the mechanics of the game and the first boss fight you are met with is against Vanguard. Once you complete that you are taken to The Nexus, which is like the game’s hub where you can upgrade your weapons, purchase items before your next level, and you can deposit items that you no longer need or find useless. The first actual level is when you talk to the Crestfallen Warrior and that will take the player to the Boletarian Palace where the main goal is to open the gate doors to the castle that is first seen at the beginning of the level and you have also met another boss fight which is the Phalanx. In world 2 you meet another obnoxious enemy that is resistant to almost everything except for piercing. In world 3 it’s a pretty big level to get lost in and you meet an enemy that can kill you in about 2 hits. In world 4 there is a new type of skeleton enemy that is similar to world 2 enemies because they also don’t take damage too much except for 2 handed weapons like maces and hammers. Finally, in world 5, it seems to be easy enemies to kill but they come in waves which makes it hard to complete.

All in all Bluepoint Games made an amazing job of remaking Demon Souls for the Playstation 4 and 5. They were able to make minor changes that seemed to not affect the gameplay of this amazing game and they were able to make this game look even better than before graphics wise.