The Origins of Black History Month 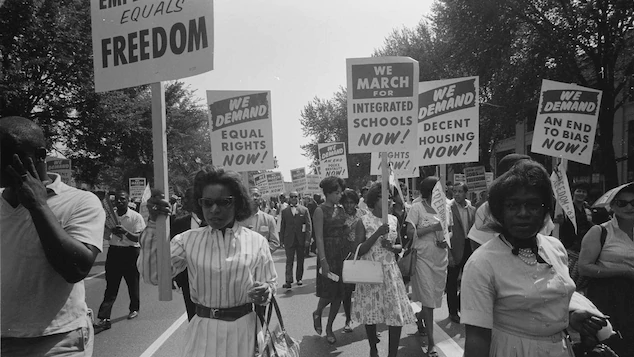 Black Americans protest against racial segregation during the civil rights movement in the 1960s. Photo courtesy of: kids.nationalgeographic.com

What is Black History Month?

Black History Month, also known as African American History Month, is a time to honor and observe racial justice, specifically for black people. Usually celebrated in February, Black History Month recognizes representatives of the colored community as well as their contributions and achievements. This year, the theme is “The Black Family: Representation, Identity, and Diversity.”

How did Black History Month come to be?

The story of this historic event began during the summer of 1915. Carter G. Woodson, co-founder of the Association for the Study of Negro Life and History (later renamed “African American Life and History”) is considered to be the “father of Black History Month.” Woodson was very fond of history and believed that black history should be well-defined in academic culture. His goal was to conquer white supremacy and its supporters by recognizing black achievement. It was originally called “Negro History Month” back in 1926. President Gerald R. Ford later changed it to “Black History Month” fifty years after.

Who are some famous people who have had an impact on Black History Month?

There are many people that are remembered in black history. Some of the most famous and recognized people include former president Barack Obama and civil rights activists Martin Luther King Jr., Ruby Bridges, Rosa Parks, and most recently, John Lewis, who passed away in July of 2020. These men and women, along with countless others, have voiced their opinions and concerns about how people have been treated due to the color of their skin. They promote equality and community, and they encourage others to as well.

What is learning about black history important?

Learning about and embracing black history teaches us to be more open-minded and accepting of those who are different than us. Woodson and hundreds of others envisioned a world where peace overpowered bigotry, and those who suffered from and experienced negation due to racism are acknowledged. President Ford believed that celebrating black history is “seiz[ing] the opportunity to honor the too-often neglected accomplishments of black Americans in every area of endeavor throughout our history.” Almost one year has passed since the Black Lives Matter protest of 2020, which was initiated by the killing of George Floyd, a man who was confronted by a white police officer that wrongly accused him of using counterfeit money. Those events have given black history a new meaning altogether and have influenced many Americans to defend and stand up for one another, strengthening the human bond and what it means to be a part of society.