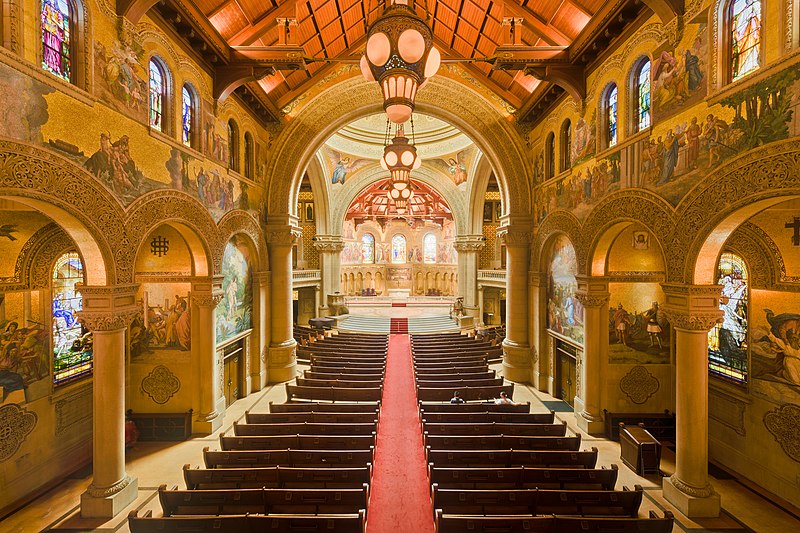 Photo Courtesy of: King of Hearts on Wikimedia Commons A picture of Stanford Memorial Church when it is empty.

With a recent Supreme Court decision lifting the ban on indoor services, a few California churches have reopened to the public, which could be potentially dangerous.

The only ban California is able to uphold as of right now is the ban on singing and chanting indoors. It has mixed reactions; there are churches that will comply, but there are a few who will not.

Close contact during a pandemic is a risk that shouldn’t be taken lightly. While it’s true that a part of worshipping is singing, because of current conditions, restrictions need to be made to protect everyone participating inside active churches. Limited seating and mandatory masks are the first two things that need to be prioritized. But even though the pandemic is deadly and well-known everywhere, preventing it from spreading isn’t a top priority for some.

According to an Associated Press article by Don Thompson last year, there was a pastor that had ignored the ban, allowing upwards of over two hundred people to attend with no masks being required to enter. It might sound bad, but according to the pastor, the feedback wasn’t at all negative.

“Most of them have been calls, ‘Thank you for standing up for what you believe,’” says Clark in the AP article, who was a pastor at Yuba City in Sacramento.

Even though the article was a year ago, and things might have changed since then, the problem still stands today. People are willing to ignore the bans being made to protect them in order to do what they want. Not everyone today wears a mask outside, even when more than four hundred thousand people have died from Covid-19,with more than twenty-seven million total cases.

If churches want to reopen and continue with indoor services, the least that can be done by pastors is to take precautions and try to minimize the spread of Covid-19. Religion is definitely important for many, and worship itself isn’t bad, but getting sick helps nobody. By letting hundreds of people congregate, it’s a recipe for disaster. It only takes one person that has Covid-19 unknowingly to spread it around quickly.