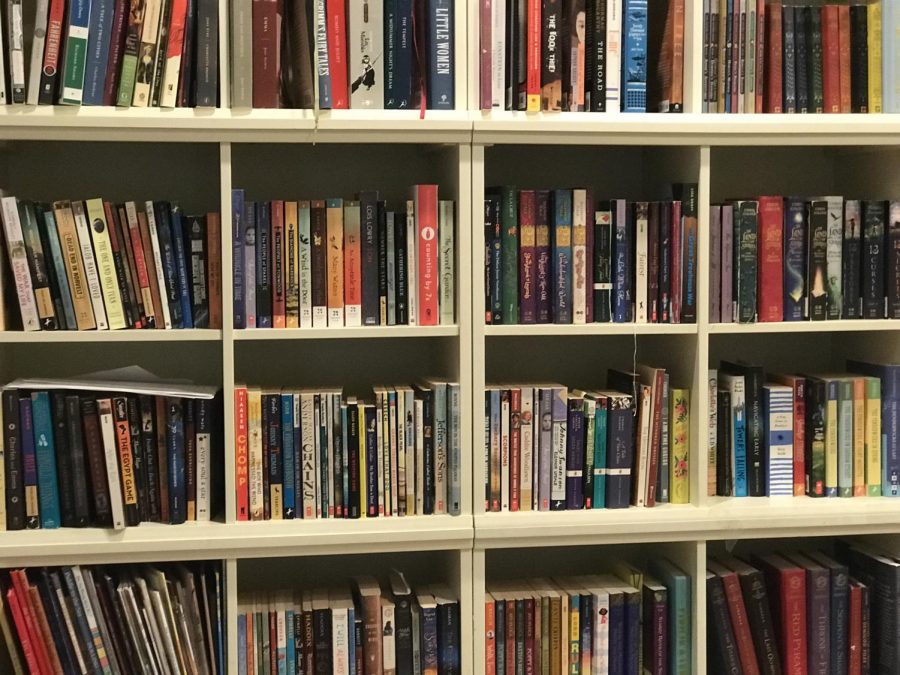 Ngo’s collection of books, Gild, Pathfinder, and The Masks of Under among them.

As a fantasy lover, enthusiast, and self-proclaimed connoisseur, finding novels without the usual, conventional tropes of the genre is difficult. And finding a novel with a truly unique premise and a protagonist with a plot successfully executed? Not to mention, coming with an interesting, developed cast of side characters, detailed worldbuilding, and excellent writing? Very difficult- at least for me. When it comes to literary preferences, as one can imagine, how someone views a novel is highly subjective and differs drastically from person to person. There are many, many different subgenres within fantasy from urban to high to young adult, and it truly depends on the type of reader you are that determines what you will enjoy.

This article will focus mostly on the hidden gems of the romantic fantasy world, so if you have read crowd-pleasing favorites from authors like Ilona Andrews, Sarah J. Maas, Robin Hobb, Kristin Cashore, or even Diana Gabaldon, make sure to check out these books.

1. The Masks of Under by Kathryn Ann Kinglsey

Kathryn Ann Kingsley has become one of my favorite indie authors. Her characters and the settings of her books are so unique and unlike anything, I have ever had the pleasure to read.

The Masks of Under is mostly narrated from the perspective of Lydia, a forensic autopsy technician. (Having a main character with this occupation was a first for me, and I was interested in how her experience here would affect the plot). After she wakes up with a mysterious symbol tattooed on her arm, Lydia is thrusted into this new world called Under. She is kidnapped by mysterious creatures, known only as legends, who are ruled by masked kings. Lydia must navigate through this new world and through the control of Edu, the King of the Flames, and Aon, the King of Shadows.

The world-building is just exceptional, and the main characters themselves are 3-dimensional and just so individual. Lydia had wit and a sense of humor that I enjoyed, and she wasn’t afraid to push boundaries to get answers.

However, full disclaimer: there is no romance in this book, but there is established tension between Lydia and Aon. As someone who has read the full series, I can guarantee that the romance aspect was well done, especially if you adore antiheroes. Aon was the perfect combination of psychopathic and adorable.

I highly recommend giving this book a try.

One of my favorite tropes is when a girl disguises herself as a boy. Seeing the interactions between the main female character and the characters, who are unaware of her true gender, creates this delicious, charged tension that ultimately builds upon until her final reveal.

T.A. White did an excellent job with this. When Shea is betrayed by her village to the Trateri, a barbaric people, she disguises herself as a boy to hide her true identity as a pathfinder. In the Broken Lands where the land is as dangerous as it is expansive, a pathfinder is a necessary occupation for each village to have. The Trateri, who are determined to conquer her people, covet Shea’s abilities, and, even more importantly, the Warlord who rules the Trateri, has a vested personal interest in Shea.

The best part of this book was undoubtedly the heroine, Shea. Unlike characters who are handed their abilities or are born with special powers, Shea has a very established skillset that she has worked hard to learn. Her best traits, however, come from her mind, and she uses little more than her intelligence to bear her opponents. She’s logical, straightforward, and strategic in her choices. The calm way she handled her romantic interest, who clearly embodied the alpha male stereotype, was also so refreshing.

Shea builds real camaraderie and friendships when she is dressed as a boy, and seeing her earn the respect of her fellow scouts was both inspirational and entertaining.

So, if you like Mulan and want to see a heroine realistically use their smarts to succeed, read Pathfinder’s Way!

Gild is not a crowning piece of literature to be studied by English students, centuries in the future. It actually has a lot of flaws- plot holes, pacing issues, and an unclear plot. The writing was overly descriptive, and it felt as if very little had happened even after 200 pages of reading. The side characters were uninteresting, and I was unimpressed by its world-building.

And yet, I absolutely adored this novel.

Like I have previously alluded to, establishing a unique premise is one way to interest me in reading a book. And Gild’s premise was captivating. A play on the myth, Auren lives in the world of King Midas where everything is made of gold. She’s his precious, favorite, and the one he has turned into gold. Haunted by a mysterious and tragic past, Auren was rescued by King Midas and is provided all the comforts she desires.

Sounds like the typical romantic story, right? In fact, Midas’s love for Auren is so great that he protects her by trapping her within a golden cage and preventing her from interacting with anyone but himself.

With that sentence, disdain for Midas should be universal. And yet, in many books across the romance genre, I see relationships similar to the one between Midas and Auren portrayed as romantic. The isolating physical and emotional control that many male leads have over their partners is almost common in the genre. But what readers neglect to remember is that such relationships would be considered abusive in the real world. To make myself clear, I am fine with reading about such relationships, and I definitely can see the appeal of such stories, but what I love about Gild is the fact that it is different. That it takes that stereotype and exposes for what it really is- unhealthy- even though Midas is that idealized hero, beautiful, powerful, and wealthy.

Auren is not what I would call a strong, independent character like many in the fantasy genre, and I was perfectly okay with that. Seeing her overcome her internal struggles, recognizing that what she had with Midas was not real love, and finally understanding that she deserved so much more was a deeply fascinating, thought-provoking, and emotional journey. This book does deal with themes of rape and violence, so please consider this before reading.