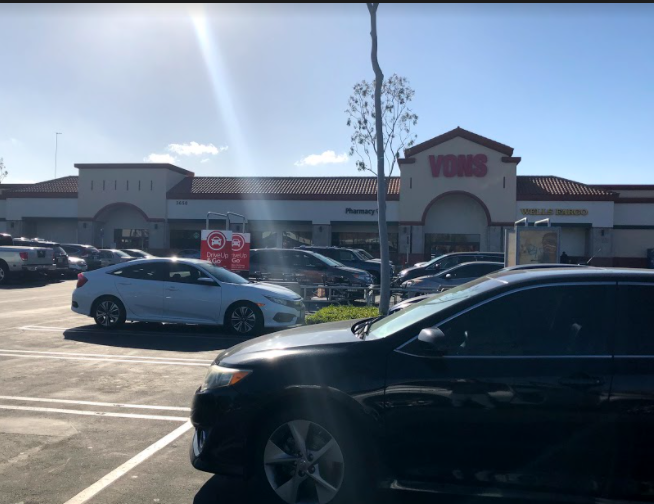 Photo of Vons, a grocery store that would be affected by the hazard pay mandate.

On March 2nd, the Santa Ana Council made a law giving grocery and pharmacy workers a $4 hazard pay, which is money given to workers on top of their salary.

The proposal was led by Mayor Vicente Sarmiento, along with Thai Viet Phan on the council.  The vote was 5-2 in favor of requiring hazard pay, with the two against it being council members Nelida Mendoza and David Penaloza, as it could potentially backfire and make things worse overall.

“Some of the unintended consequences of a yes vote are as follows: increased operational expenses, decrease in profits, increase in grocery prices, decrease in workforce, potential bankruptcy, potential lawsuit against the city of Santa Ana, eventual store closures, hundreds of Santa Ana grocery and pharmacy workers being laid off,” states Councilwoman Nelida Mendoza during the meeting.

The law recently put into place will affect around 55 stores in Santa Ana. While the proposal for hazard pay is appreciated by workers, it received mixed reactions from some organizations, as one argument was made against the law that believes it could raise store prices.

“A mandated pay increase beyond what retail employers can tolerate without raising prices or cutting workforce hours will hurt both consumers and our hardworking employees,” says Steve McCarthy, the California Retailers Association Vice-President, in a letter to the council.

Another organization, the California Grocers Association, believes that the law unjustly leaves out other businesses like restaurants who also employ essential workers. They’ve also sued a few cities over the increase in wages.

Hazard pay has been in effect since its approval on March 2nd and will last about 4 months, targeting grocery stores that are open nationwide rather than smaller and more local ones.