The Falcon and the Winter Soldier: What to expect 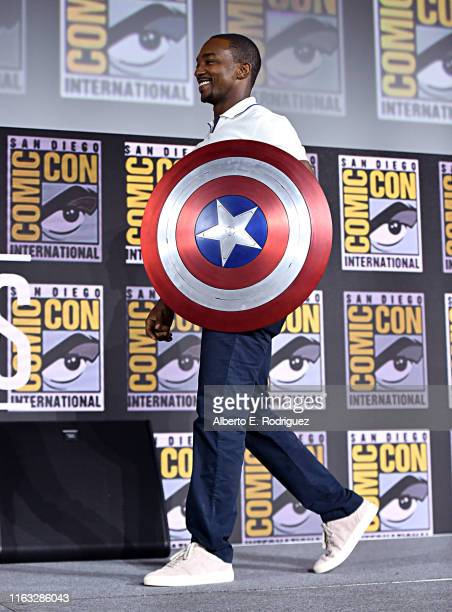 Marvel just announced another new show after its new biggest hit Wanda Vision called The Falcon and the Winter Soldier. This new Marvel superhero series will be revolving around the two sidekicks “The Falcon” and “The Winter Soldier” also known as “Bucky”. This new series will be taking place some time after the events of “Avengers: Endgame.” During that time many things change and one of those things is Captain America announcing his retirement as the red, white and blue super-soldier/superhero of the Marvel universe. With Captain America retiring he gives his iconic red, white and blue shield made out of Vibranium metal to Sam Wilson (The Falcon). Captain America and Sam Wilson have a very good relationship as they both fought together in the movie “Captain America: Civil War” and with Sam Wilson receiving Captain America’s shield he is also supported by Bucky Barnes (The Winter Soldier). Bucky Barnes and Captain America also have a great friendship as they were childhood best friends and fought in World War II together. Both Bucky Barnes and Steve Rogers (Captain America) were also frozen in the 1940’s and haven’t aged since then. Both were discovered and revived by two different organizations; Steve Rogers by S.H.I.E.L.D and Bucky Barnes by Hydra, a terrorist group that used Bucky Barnes for malicious intents. While the trailer didn’t give much information about the upcoming series there are still many things to expect to pop up during the series. One of those things is the development of Sam and Bucky’s relationship as they complete their task during the series since they don’t know each other that well. Another thing to look out for is Sam using his new trusty weapon that was handed down to him from Steve Rogers and that is the “Vibranium Shield”. With many things to look forward to in the future of this series “The Falcon and The Winter Soldier” will surely not disappoint. This new series will also bring light to a possible good friendship between Sam Wilson and Bucky Barnes. This new series will also be one of the first released Marvel Studios shows alongside Wanda Vision.