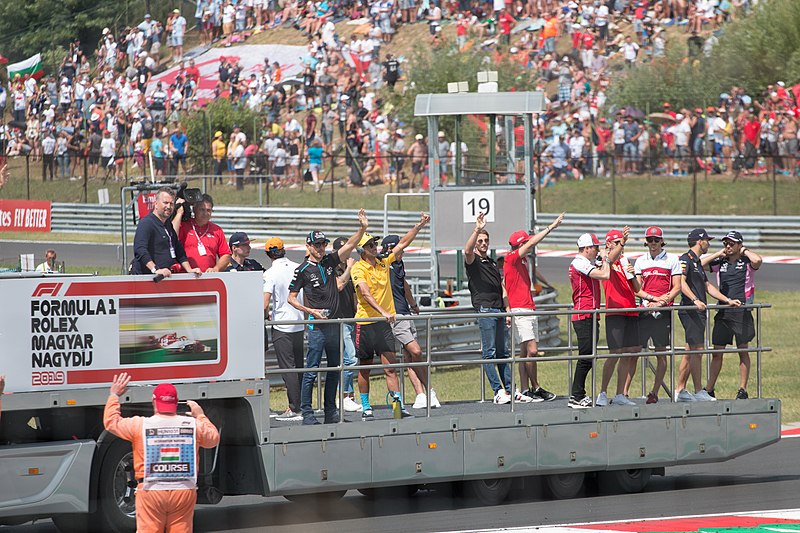 A Drivers’ parade going around the Hungarian Grand Prix during the 2019 season. Photo Courtesy of: Michal Obrochta

The third season of Formula 1: Drive to Survive was released on March 19, focusing primarily on the 2020 season.

Formula 1 consists of 10 constructor teams, with 2 drivers for each, for a total of 20 drivers per race start.

The three most well known constructors are Ferrari, Mercedes, and Red Bull Racing. While these aren’t the only companies participating, they are the ones to look out for when it comes to who could win. The last seven in 2020 include Alfa Romeo, Williams, and Renault; Alpha Tauri, McLaren, Haas and Racing Point.

The new season came out with 10 episodes, each coming in at about 50 minutes. Season 3, like the other two seasons before it, tries its best to be as dramatic as possible and tries to intensify conflict with what they have. Even though it’s about Formula 1, which should be all about racing, the Netflix series has that on the backburner, going more into detail with what’s going on with the teams along with the relationships between driver and constructor.

The episode that seems to highlight this type of direction has to be episode 9, which is aptly named “Man on Fire.” The episode revolves around the Bahrain Grand Prix. There is this one particularly heartstopping moment from the race, ending in a very bad looking crash resulting in a red flag, which stops the race entirely. The driver involved was Romain Grosjean, who drove for Haas in the 2020 season.

“There are certain moments where silence falls on a racing track, and you know what that means,” says Formula 1 reporter Will Buxton, his statement for which, more or less, sums up the entire episode.

Like other sports, Formula racing has its risks. Drivers usually go around a track reaching upwards of 200 miles per hour, and a mistake could very well cost them their lives. In the 2019 season, Formula 2 driver Anthoine Hubert lost his life during a feature race at the Belgian Grand Prix. An episode in season 2 had time which covered the incident, but mostly about drivers’ reaction to it rather than a full segment.

Episode 9 was perhaps the most tense out of the other ten episodes, and overall isn’t as bad. Formula 1: Drive to Survive is something that’s good at looking at what isn’t always shown on TV, and runs with it well; though there have been times when it went too far. In the Netflix show, partners are shown to be rivals, and as enemies; some drivers even voiced a few comments about it.

“Netflix captured those really sharp moments when we have just taken the helmet off, and in a way that’s perfectly fine because it shows the way Formula 1 can also be,” says 2020 Haas driver Kevin Magnussen.

“But at the same time, I also hope the viewers understand that Formula 1 is not just what you see on Netflix. You see the highs and the lows, and that’s what is most exciting, but you don’t see everything in between.”

Season 3 is as good as the previous two, and Formula 1 fans or newcomers that like racing might want to check it out to see for themselves how it is.