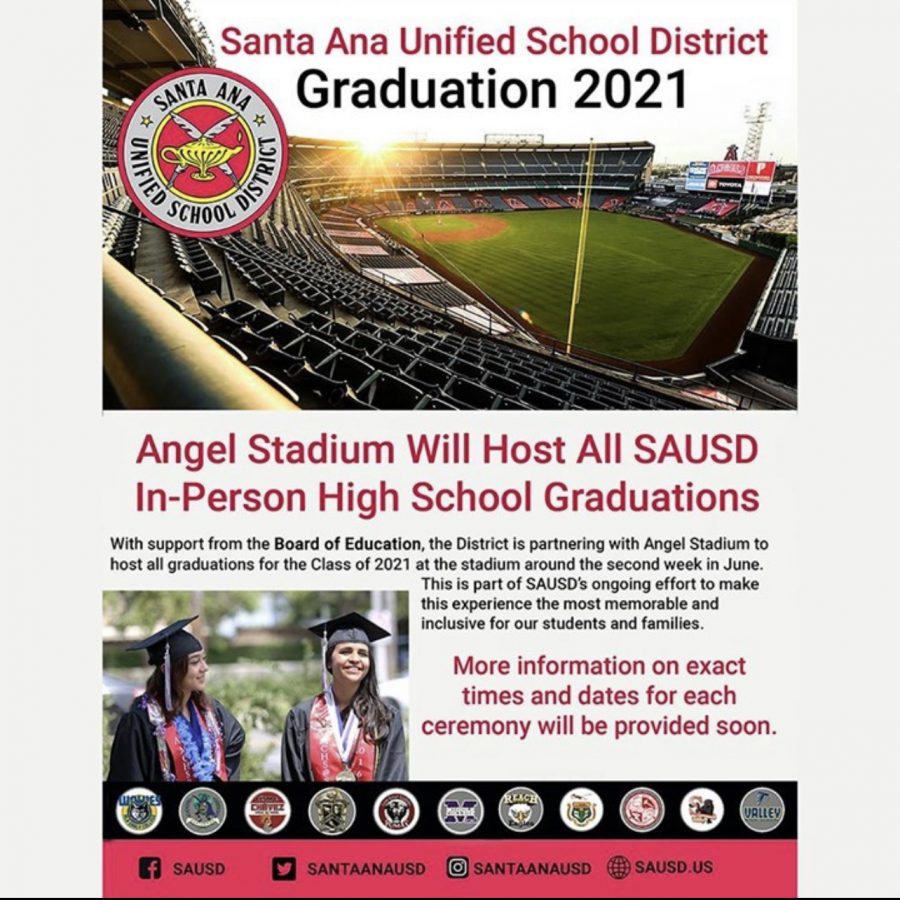 “SAUSD is partnering with @Angels Stadium to host all graduations for the Class of 2021 at the stadium around the second week of June. This is part of the ongoing effort to make this experience the most memorable and inclusive for our students and families” Photo courtesy of Santa Ana Unified School District Instagram @santaanausd

At the beginning of the year, with COVID-19 being a major concern for the country, it was announced that graduation would be a drive-through for Segerstrom High School. However, these plans have now changed when the Santa Ana Unified School District announced on their Instagram that graduation would be held in-person and hosted at the Angel Stadium.

Originally, Segerstrom was going to have a drive-through graduation that splits into two days- Gold and Crimson Day. Now with the Santa Ana Unified School District announcement, they will be partnering with the baseball team, the Los Angeles Angels, to host all graduation ceremonies around the second week of June. Although this graduation will be televised, guests will be able to attend. The students will be sitting right behind home plate and walk along the stage on top of second base. While walking on to the stage at second base, they will also be shown on the big screen in the outfield when they walk and get their diploma.