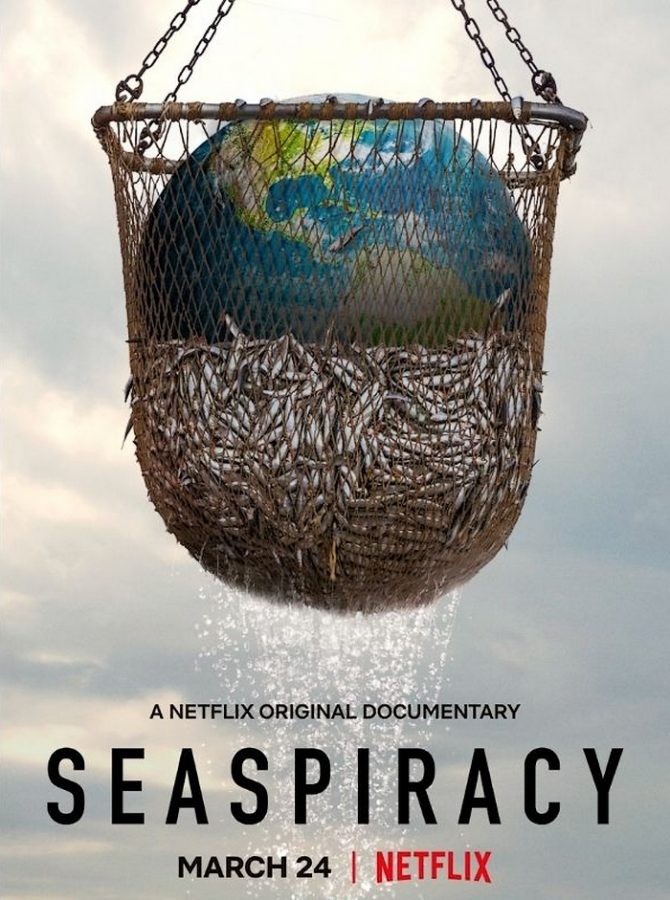 Seaspiracy is a documentary on Netflix that shines a spotlight on the global fishing industry. It gives viewers insight and perspective on how the industry impacts the ocean and how the influence of money drives certain companies to inflict harm on the world’s marine environment. After viewing this documentary, I believe it is one of the most informative and revealing documentaries on Netflix of the season.

At the beginning of the film, we are introduced to our protagonist of the film, Alley. We are given a brief backstory of him and how he fell in love with the ocean, which is edited very smoothly, so we can get right to the topic at hand. One of the first pieces of information that we are shown is the impact that humans have on the sea. An example would be the billions of plastic we let go into the ocean. It is displayed to us in a very image-driven way to give us the viewer, a more visual learning experience. Though one critique I had is the fact that we receive the information in a fast-paced timing, so I had to be careful to pay attention closely while watching.

Next, what starts Alley’s journey is when he sees that the Japanese government has resumed their dolphin/whale hunting policy. This prompts him to head to the country in a town called Taiji. During these scenes, we are shown how the dolphins are being hunted and how the marine park industry funds the whaling and dolphin industries. This little introduction to one fishing industry perfectly preps viewers’ minds to understand how money influences the fishing industry to continue to overharvest our seas.

Throughout the rest of the documentary, we see Alley talk with environmentalists groups and see how they are related to the same companies who have money in the fishing industry. The way the film presents the revelation is intriguing.

In the end, the Documentary “Seaspiracy” is an amazing film and if you want to learn more about the oceans or just want a good documentary to watch this spring, check out this film.