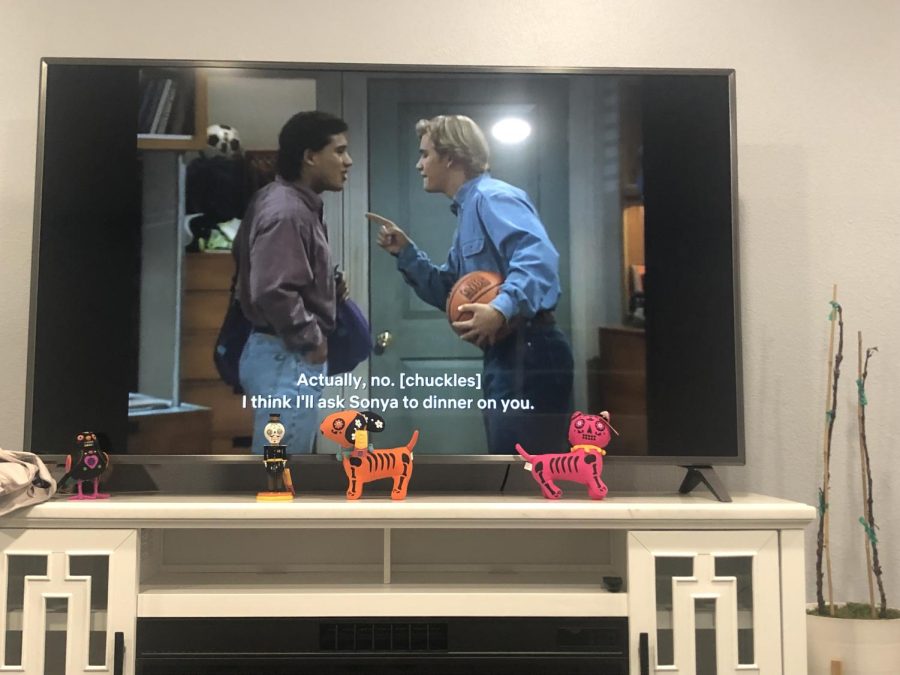 Segerstrom students are finally able to watch "Saved By The Bell" on Netflix from home. (Image courtesy of Alondra Cifuentes)

On August 20, 1989 a new show came out called Saved By The Bell. NBC developed this show to entertain teens in the late 80’s and early 90’s.

As a child born in the late 00’s, I have always loved this show. This show is one of my favorite shows ever.  It is full of comedy and sends little messages throughout each episode. Saved By The Bell gave me a childhood. If I needed a good laugh, I could always go and watch that show.  It gives you a little taste of what it was like to be in high school back then.

Throughout this COVID-19 pandemic, this show has given me hope and comfort. I have seen all episodes four times. When times are very rough, I go to this show because I know it will make me feel okay.

My favorite episode must be Season 3, Episode 5, “House Party,” when Zachary ‘Zack’ Morris, A.C. Slater, and Samuel ‘Screech’ Powers, the boys, of the group did a little dance and song. Season 3, Episode 9, “Jessie’s Song,” is where they make sure to say no to drugs. They learned how it can have a big effect on their lives and others. Not only did they learn a lesson, I did, too.

With the show getting renewed and having all the other past seasons available, this is a perfect time to give newer generations a glimpse of the struggles of high school.