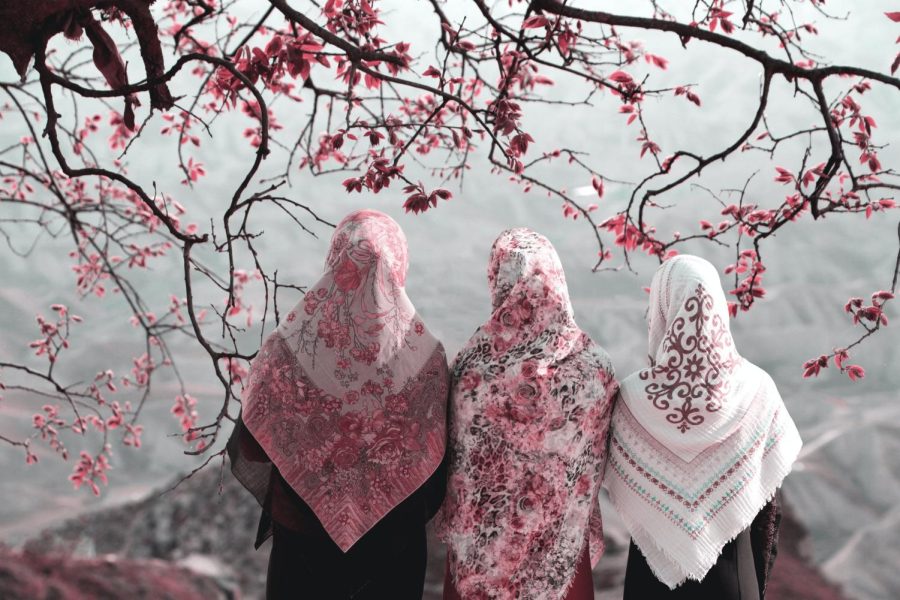 Muslims, especially women, are often misportrayed in western media as people who aren't happy with their religious identity.

For as long as time, women have been marginalized and misportrayed in all sorts of media. From books and magazines to television shows and movies, some girls are portrayed as less than what they actually are capable of. The case of inaccurate representation of Muslim women is no exception and is often overlooked or misconstrued by western society.

Muslims generally have certain restrictions regarding their everyday life. Some of these include modestly dressing in public and avoiding all alcohol and drugs. There is hardly any portrayal of Muslims in western media, and when there is, it’s often shown inaccurately. Unfortunately, our society is corrupt with the belief that they, especially women, are being held back and oppressed by their religion.

It’s a common trend in just about any type of media you’ll see. It often paints Muslim women as people who want to fully embrace westernized culture and stray away from Islam to fit into society’s standards. However, this description is merely a stereotype and does not represent the majority of them.

For example, Apple TV Plus released the movie Hala in 2019. The movie is centered on 17-seventeen-year-old Muslim girl Hala, who experiences difficulty in balancing her family life with her own personal desires and social life. Although this struggle can be seen as relatable in that aspect, the movie illustrates the idea of Islam being restrictive and needing to break free from its shackles in order to achieve genuine peace and happiness. More often than not, these kinds of media include specific details supporting this trope, such as a character removing the veil or hijab to gain the attention and respect of others.

Regardless of how people choose to portray the Muslim community and culture, it is far from realistic. True believers of Islam adhere to these so-called “confinements” because they seek acceptance from God and not those around them. The most disappointing thing about this is that the authors and creators of these forms of media are Muslims themselves and still do not authentically show them who they are. Not only is it incredibly repetitive and bland, but non-Muslims are being exposed to the falsity and believing it to be true.

“I, a woman of Muslim culture and/or faith, and many people like me, refuse to be prisoners of these stereotypes,” says Alima Boumediene, a former member of the European Parliament. “We are who we decide to be and not what the mass media wants us to be!”

So what does accurate representation of Muslims look like? Well, the most important thing to understand is that Muslim women are no different than you. They are intellectual, resilient human beings. The issue here is that many of them are doubting their capabilities because the media portrays them as weak and submissive, especially towards men. In fact, most mainstream media shows Muslim girls needing to be “saved” from their religion, often by white males.

Actor and rapper Riz Ahmed is one of many strong advocates for better Muslim representation, and the first Muslim to receive a nomination for the Oscars. “Representation is not an added thrill [because] what people are looking for is a message that they belong. Every time you see yourself it’s a message that you matter, that you’re part of the national story.”

Diversity in adversity is needed. Part of the reason why their representation is so poor is that people haven’t been exposed to who Muslims are: regular people who want to be noticed and heard by someone, people that are just like you.