A Night With The Mistress of Evil 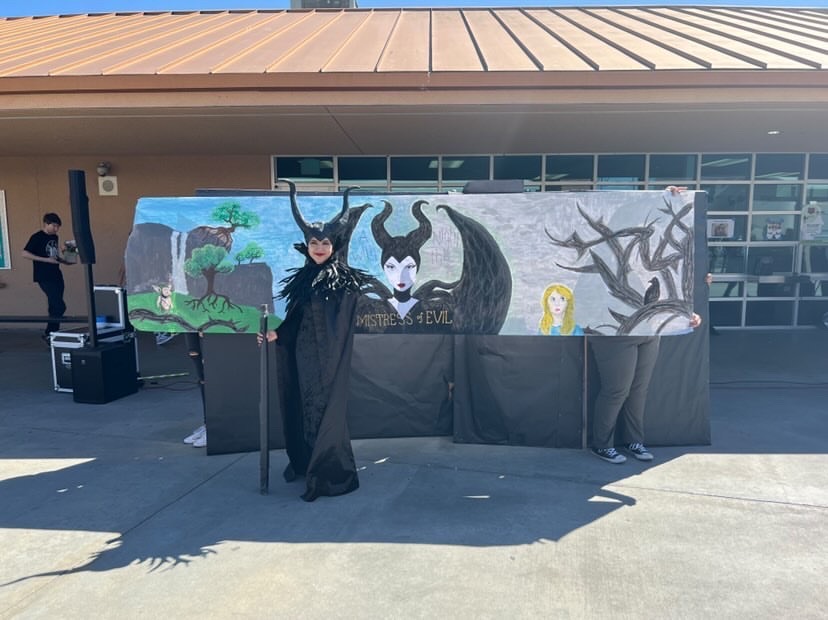 As the school year is coming to an end, Segerstrom High School will host its last school dance for the year. They will be opening prom to the Senior Class of 2022 and the juniors class to attend. Before the prom announcement was revealed, the ASB Junior Cabinet held a scavenger hunt for the students to figure out what the theme was. The top three winners would receive a discounted prom ticket. The scavenger hunt consisted of 8 clues that involved going around the school and searching for the next missing clue.

After the scavenger hunt, Segerstrom ASB hosted a lunch time activity where they revealed the prom theme to the whole school during lunch and then later on Instagram. The theme was revealed to be “A Night With The Mistress Of Evil,” which takes a twist on the hit movie Maleficent. The students were very creative with their reveal and had some ASB members dedicate their time in creating a glorious painting of Maleficent and the princess Aurora. Along with the beautiful painting, they had one of their ASB students dress up as the one and only, Maleficent. She was seen wearing a black dress with the iconic black horns and staff.

The dance will be held on Saturday April 23, 2022 at the AV Irvine venue. The dance will start at 7:00pm and last until 11:00pm. At prom, students will be able to participate in activities, compete in games, and eat food such as tacos, churros, and ice cream.

The tickets first go on sale Monday March 14, 2022 and will be sold until Wednesday April 20, 2022. The tickets begin at the price of $80 with the ASB sticker as an early bird sale. The price will then continue to increase $5 each week until the final sale. The highest the ticket will cost will be $110 dollars, so don’t wait till the last minute! Make sure to grab your prom tickets before they sell out, you definitely will not want to miss out on this amazing event!