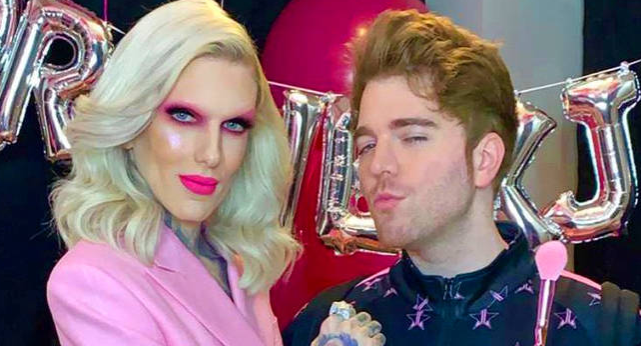 Shane Dawson explores the crazy life of Jeffree Star. Photo courtesy of: We the Unicorns

Jeffree Star is a famous Youtuber who happens to have his own makeup line as well. Jeffree is also very controversial, which is why Shane decided to create a series about him to explore Jeffree’s life.

“I like this series because it’s really raw. It doesn’t hide anything and it shows the viewers everything what’s actually happening behind the scenes.” said Kimberly Carbajal (10).

Throughout the series Shane is seen going to Jeffree’s warehouse and seeing how his makeup is created. He also talks about all the drama he has been involved in. Jeffree tries to explain to Shane that he is trying to change as a person and mature from all the negative criticism he has gotten.

“I think it’s cool that he’s trying to change. Not many people would want to change after having to deal with a lot of  drama like he has.” said Carlos Mora (11).

Shane has only done four videos on this series but has said that there will be more. On the second video, he announces to his viewers that he will be collaborating with Jeffree and he will be making a palette and lipsticks.

“I’m really excited that Shane is gonna make a palette with Jeffree because I love watching both of them. I really hope his palette is great.” said Astrid Novoa (11).

Once we reached video three, we started to see Shane working on his palette. We also started to learn about the beauty industry and how it works. We soon realize that Jeffree is actually smarter than what others anticipated and we found out that he is actually good with money.

“Whenever I get a notification for one of his videos I don’t hesitate on clicking on it. This series is very interesting.” said Marlene Nava (10).