From a Person of Color 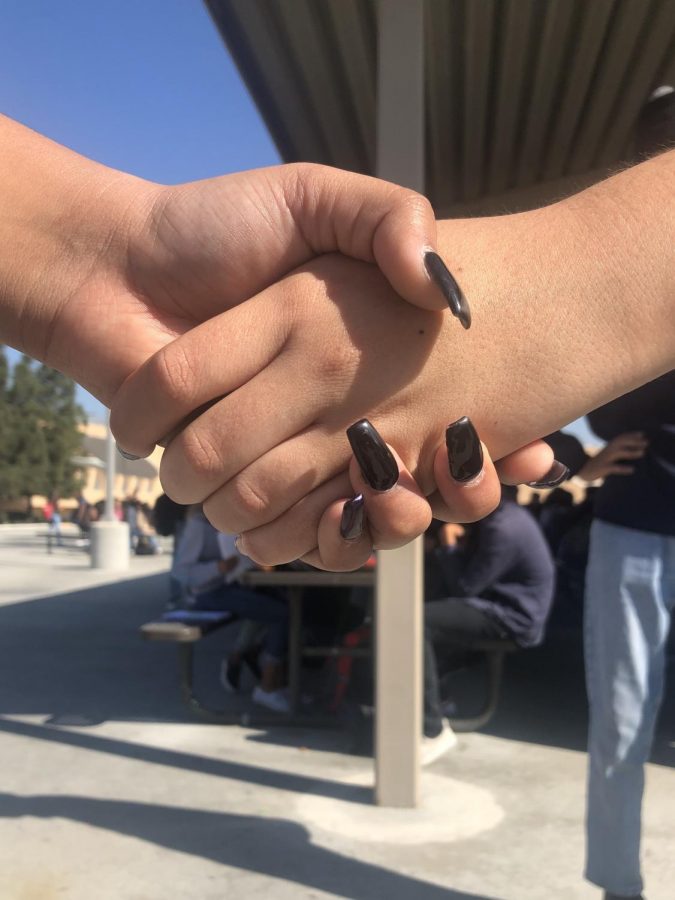 Two students holding hands as a sign of unity in light of recent events.

Search “Racism among Orange County School Districts” on Google, and you’ll be baffled to see the variety of articles and stories surrounding the topic. It’s nothing new, especially for the schools in Santa Ana, but it’s overlooked and overshadowed by the vast amount of items we’d all rather focus on.

Our own Jaguars have become the victims of racism at a recent football game against Marina High School. The posters and videos shook students to the core; stating racist comments such as “Segerstrom’s favorite color is brown.” In this day and age, how can one be so ignorant as to commit such an appalling action?

Samantha Mendoza (11) from Saddleback High School states, “During [an ASB leadership camp], one member was told to clean tables, and another was told to serve lunch.”

When situations such as the one at Marina High School arise, it hurts students deeply, so much so that they begin to doubt who they are. There is no worse feeling than to be brought down because of someone else’s ignorance about who you are simply because of what city you live in and the color of your skin. Students of color face such injustices on a daily.

Maybe not within campus but from outsiders like Marina looking in, hoping to scrutinize any hiccup or imperfection. So how do students move forward with that knowledge? How can they feel completely safe when they know there is always going to be someone with an unjustified grudge against them?

“It might not be as bad as it was just a few decades ago, but [racism] still happens. So when something like this occurs, how are we supposed to react?” questions Segerstrom student Emma Manriquez (11), “That’s what they should teach us: what to do in these kinds of situations.”

But students won’t ever learn what to do in a situation like that because schools don’t ever address the issue. When it comes to things such as sexism, homophobia, and in this case racism, schools try to contain the problem in a bubble with the hope that it won’t pop.

It might be because the controversy behind these issues will open a can of worms administrators don’t believe students should have to deal with. Or maybe it’s because we’re so used to them that we’ve become desensitized anytime an act of intolerance happens. Either way, it’s a problem students already deal with, so why shouldn’t we take to educating them on how to proceed?

Spanish teacher Guadalupe Aguilar states, “ It’s an important conversation to have in every school because then we go to a school like Marina and the intolerance there only reflects the lack of education among the students.”