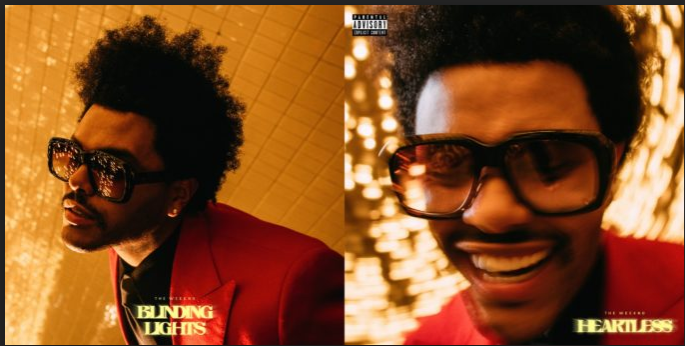 The tracks are The Weeknd’s first new solo singles since last year 2018. Photo courtesy of: Hiphop-n-more

Canadian singer and songwriter The Weeknd has released two new singles from his new album called “Heartless” and “Blinding Lights” this holiday season. The official music video for “Heartless” was released on December 3, 2019, directed by Anton Tammi. The video takes place in Las Vegas featuring music artist stars The Weeknd and Metro Boomin.

“Blinding Lights” was promoted in a Mercedes Benz commercial that was broadcasted on German television. According to ‘The American Society of Composers’ (ASCAP), the song was written and produced by the singers The Weeknd, Belly and DaHeala. Not to mention, the Mercedes Benz film was released November 29, two days after the release of “Heartless.”

To get in depth, his new songs offer a peek into his complex emotional state. “Heartless” is about the R&B singer bragging about his hard-party life referring to The Weeknd. Meanwhile, “Blinding Lights” is inspired from the 80’s and the lyrics are about a desire for love. Throughout the song, The Weeknd also sings about a relationship revival and its partners meaningfulness.

Fans have already compared the past Weeknd eras from his previous albums like “Starboy” and “Trilogy” within moments of the release of the two single albums. There has also been rumors regarding Chapter Six’s release date, many assuming that the untitled project would fall before the year comes to an end.

The Weeknd will deliver the first live performances on “The Late Night Show with Stephen Colbert” during December 5th and 6th for “Blinding Lights” and “Heartless.” He will also be interviewed to discuss about his inspirations and what he has in store for his fans.

Finally, he comes through with another unexpected album that has people on their feet. As Chapter V1 progresses, he has many more musical paths to explore to share with his fans and the world with his new two singles and upcoming album.