Whiplash Weather: From Dry Season to Snowfall in California 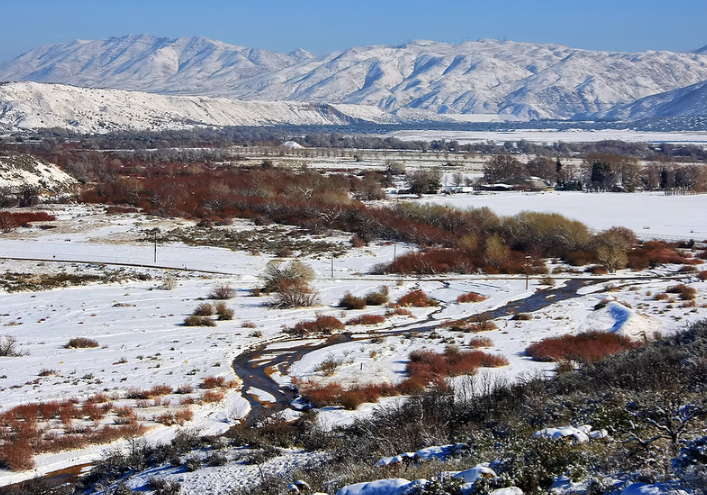 Over Thanksgiving break, a significant amount of snow fell in California with Southern California receiving several inches of snow resulting from a storm coming from the Pacific Ocean.

The storm dropped off several inches of snow in certain regions of Southern California, with Antelope Valley reportedly receiving up to eight inches of snow.

“That’s crazy how around [the end of] November a good amount of snow has come down,” said Joshua Castañeda (11).

Travelers during Thanksgiving break may have witnessed the snow while driving through the state. The closure of part of Interstate 5 due to heavy amounts of snow can show how other highways had also been subjected to snowfall.

“Unfortunately I was in Phoenix, Arizona over Thanksgiving break so I didn’t get to experience the storm and the snow. It did make for a beautiful drive home, though,” said English teacher, Mrs. Harkins.

The storm brought rain and snow over the first week back from school in the West Coast. This may be cause for concern for Californians as the combination of California no longer being in a drought alongside the scorched land left from wildfires gives way to the possibility of mudslides occurring with the storm passing through.

“I found it very shocking that is snowed in areas that snow is not usually common in, my first [thought] that came to mind was that the climate must have had to change a lot in order for it to snow in [those] areas,” said Eric Molina (12).

The snowfall also occurred around a wildfire in Santa Barbara county, called Cave Fire. The two extremes in temperature between a forest fire and snowfall is a bizarre occurrence for the county. The wildfire was extinguished by the snow that fell in the county, potentially saving homes and preventing injuries.

Giselle Bonilla (12) also stated, “I think its cool that the snow was able to extinguish a fire, but I also find it ironic that it happened at the same time.”