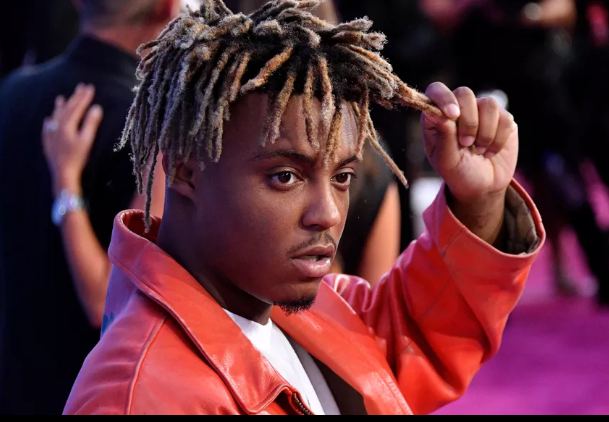 Photoshoot Juice WRLD did before his untimely death. Photo courtesy of: Chicago Sun-Times

On December 8, only six days after his 21st birthday, rapper Juice WRLD suffered an unknown medical emergency after landing at Chicago’s Midway Airport and later announced deceased at a close-by health facility.

“His death was really surprising because he was really young and it was right after his birthday,” said Tony Gonzalez (10).

Juice WRLD’s real name was Jarad Anthony Higgins. He originally gained popularity from his song “Lucid Dreams,” which was able to reach No. 2 on the Billboard Hot 100 and was one of the biggest streams of 2018.

“So many artists like him have been dying so young and I think it’s really sad because they had a long life ahead of them,” said Astrid Novoa (10).

The circumstances surrounding Juice WRLD’s death is still uncertain, but many have mentioned his incident that happened prior to his death. When a private plane carrying Mr. Higgins landed in Chicago after 1 a.m. on Sunday, police officers had received information that guns and drugs were on board.

“I think it’s unfair that he died so young. I liked some of his songs and I thought he was a good rapper,” said Carlos Mora (11).