The Rise and Fall of the Ugly Christmas Sweater 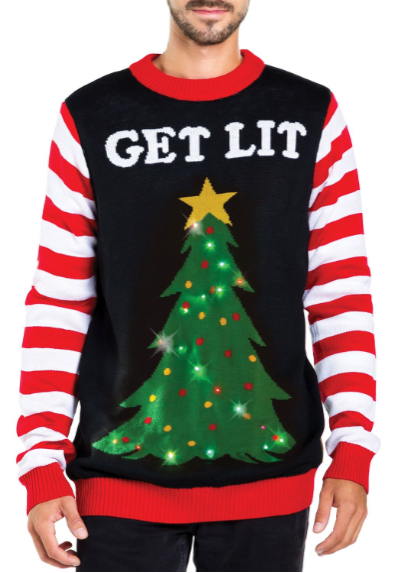 An example of an Ugly Christmas sweater. Photo courtesy of: Tipsy Elves

Ugly Christmas sweaters have been a hot topic during the Christmas season since the ‘80s. Originally, they were made as cardigans called “Jingle Bell sweaters,” based around a seasonal or winter design, but their tacky looks have made their name evolve over time. Before they were mass produced, most sweaters could be found at second hand stores or from do-it-yourself projects. It eventually caught society by storm when the garments were featured on comedy TV shows and Christmas specials. Those have even gone as far as to create parties based around the jumper. Even Vancouver claims to have originated the trend, and hosts yearly festivities at their Commodore Ballroom with a strict ugly sweater code.

Despite their popularity, many have come to believe that the ugly Christmas sweater has lost it’s magic due to its popularity, and no longer creates a sense of solidarity amongst it’s users.

Nowadays, you can find a festive sweater at your local retail stores, such as Target or Forever 21. However, their prices are way too expensive to use for just a month. As new trends continue, we are becoming more and more bored of the same style. The sweaters have lost their charm after being designed with inappropriate designs made to fit recent meme trends.

“I wouldn’t base a party based off of ugly Christmas sweaters. Like wow, you really spent $30 to do something so unimpulsive and boring. It’s pretty redundant. ” states Abigail Orozco (12)