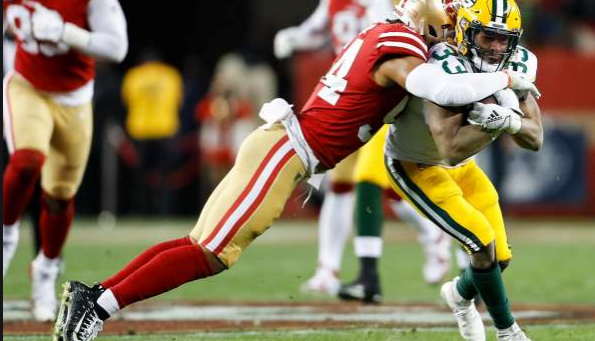 On January 18, 2020, the Green Bay Packers and San Francisco 49ers battled on the field for the playoffs.

“I really thought Green Bay had it. For a second, I thought the 49ers we’re gonna choke by the second half I just stop watching I knew the 49ers were gonna win at this point,” said Isaac Vazquez (11).

“I knew 49ers had it in the bag. I have been supporting them since day one. Now people know to not underestimate the 49ers,” said Carlos Mora (11).

The third quarter was about to finish and Green Bay finally made a touchdown. Everyone had a question on their mind: did they still have a chance to win the game or was it over for them?