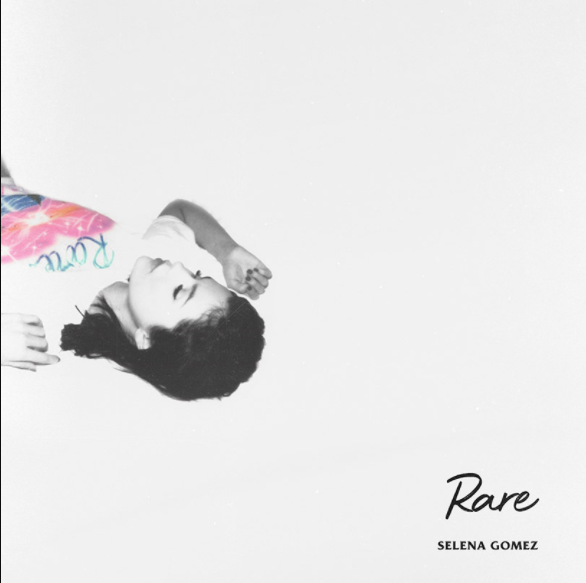 The cover of her new album. Photo courtesy of: U Discover Music

Selena Marie Gomez dropped her new album on January 10, 2020, named Rare. Her last album, Revival, dropped in 2015 and she went tour for the album. Now, fans hope she does the same with this album Rare, which was started in 2016.

Isaac Vasquez (11) said, “ I don’t really listen to Selena Gomez, but I did see like all the drama between her and Justin Bieber which is crazy because there like getting older. I did hear some really good things about her album. I think it’s really good for her all this positive feedback.”

Gomez has been working on this album for about 4 years; she was originally going to release it 2 years ago. But something just told her to wait and she did. Now, she is so happy that she took her time with it. Her fans say that it’s the most real thing they’ve heard because it’s all about her past life.

“Her album is really inspiring because she has been through so much and I don’t know what it is, but the lyrics just sound like truly from the heart. It doesn’t sound like she paid someone to make the lyrics it really sounds from her experience,” said Mia Calvillo (11).

Her album has 13 songs, which comes to a total of 42 minutes. She has 4 songs that have been on the hot 100. Those songs are “Rare,” “Dance Again,” “Ring,” and “Vulnerable,” which haven’t been off the charts since she released her album about 2 weeks ago.

Darlene Romero (11) said, “I haven’t had a chance to listen to the full album but I did listen to like half. The song “Rare” really caught my attention mostly because it’s the first song on her album. It sounds very real and I know all the fans are going to go crazy if she goes on tour.”

Many people think that this album is about her ex Justin Bieber. This is not the case because the album clearly is talking about all the challenges she faced and how she overcame her disease Lupus. Different artists keep on supporting her and posting her music because of how real and honest this whole album was.

Allyson Catalan (11) said, “I’m not the biggest Selena Gomez fan, it’s not that I don’t like her, it’s just her music never caught my attention, but I’m hearing a lot of good things about her new album though so maybe I’ll give it a listen.”